Real Artist is an online gallery, where every piece of artwork displayed is unique and authentic from renowned, well-established artists. 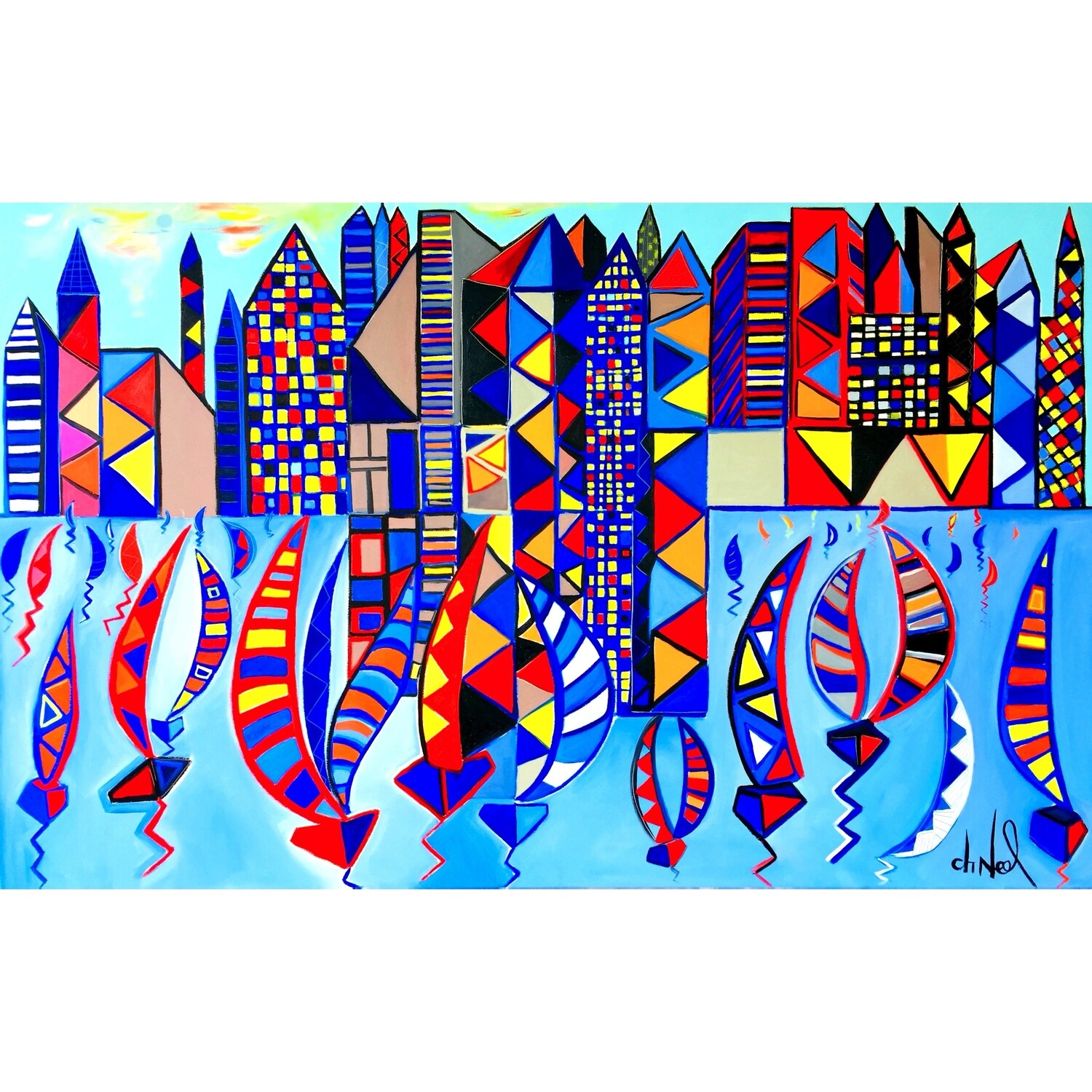 Original with certification of authenticity. Oil on canvas.

Christian Neel a contemporary painter, born in Cannes on August 15, 1960. At the age of 7, he began drawing. At 12, his father gave him his first painter's easel. During his plastic arts lessons, his teacher, Mr. Berton, who believed strongly in his talent push him into painting.

Later, Christian Neel went to study at the Decorative Arts in Nice before breaking free from the codes of painting and finding his own way.

Inspired by the luminosity and the colours of the French Riviera, Christian Neel draws on his subconscious to reproduce on the canvas his visions, his travels, his meetings. His painting is called lyrical abstraction, a figurative and abstract combination of shapes and colors, a journey between dream and reality.

Following exhibitions in galleries in the region, Christian Neel opened his first gallery in Monaco in 1992, then in St Paul de Vence. He has exhibited in Paris (Place des Vosges), in New York, in St Martin in the Caribbean, in Japan, in Italy, and in Switzerland.

Recently, Christian Neel has expressed himself on a new medium: "Les Profiles de Neel". Original oil on wood painted on both sides. The cutouts represent a feminine and colourful profile, which can be found in his latest paintings

Save this product for later
Display prices in: EUR

Go to our online shop

The only place you can buy this original art online is right here !

Free Returns
Up to 14 days after delivery